What Makes a Winning Team in the Hospitality Industry

Join my email newsletter to get my newest articles as they are published.

By Hussain Afeef and Athif Ibrahim

In their book “The Discipline of Teams,” Jon R. Katzenbach and Douglas K. Smith famously observed that “Groups do not become teams simply because that is what someone calls them.”

Bringing together a static group of individuals and expecting them to interact successfully and efficiently towards achieving any goals or business objectives is a fool’s errand.

It takes time, effort, and a firmly distributed leadership and compelling direction to integrate their diverse backgrounds, knowledge base, expertise and to artfully leverage it to create a team that delivers results and delights customers.

Nowhere is this truer than in the hospitality industry where there is a hodgepodge of talents from various backgrounds and diverse cultures, and it is easy to see why there are so many dysfunctional teams out there.

However, despite these challenges, there are teams that somehow manage to embrace such inseparable differences and grow stronger because of it.

Here are some tips, tricks, and traits from teams that lead the industry.

They do not limit themselves with a fixed mindset.

Instead, they cultivate amongst themselves a growth mindset to overcome obstacles, see opportunity in uncertainty, and understand what influences their customers so they can intelligently pivot, innovate, and cater to their needs.

This enables them to embrace challenges, persist in the face of setbacks, see effort not as futile but as a path to mastery, and to learn from helpful criticism instead of outright ignoring them or playing the victim game.

Similarly, it also enables them to work towards a common, larger goal instead of bickering and trying to jeopardize each other because it helps them to find lessons and inspiration in the success of others.

At the same time, they also embrace a millennial mindset.

It enables them to understand millennials (born between 1981 and 1996, ages 24 to 39 in 2020) who tend to not only accumulate experiences but also have a strong penchant to visit off-the-beaten-track destinations and enjoy off-the-beaten-track experiences. This means that they have a proclivity to base their experiences on factors such as alternative accommodation, conscious luxury, sustainability, authenticity, carbon footprint, social impact, hyper-connectivity, and so on.

Being cognizant of such trends and innovating to meet those needs is what helps such teams understand the adventurous, FOMO-induced approach to memory-making that are preferred by the millennials, gauge their reservations, and keep up with the flux and the changes in technology.

And it is also why millennials devote a larger share of their wallets (millennials now represent half of all international luxury travel and it is estimated that it could be a $2.5 trillion market by 2025) to those who understand that over the others.

Because for millennials, striking a balance between the experience and the impact it has on the larger ecosystem is incredibly important and non-negotiable.

They are socially, emotionally, and culturally intelligent.

For an individual to function as a creative and corporative member of a team, mastery over their brain’s limbic system is key.

It is what makes them aware of their emotional states, feelings, and motivations and regulate them in a manner that’s conducive to creative contributions to the team and foster a better working environment for all.

It helps them to keep cool under pressure, have greater empathy towards oneself and others, and speak out when they feel something is important instead of going into a cocoon and lamenting about it later.

But they also understand that a self-mastery of ones’ emotional centers will not be enough. Along with the technical skills, they realize that it is also important to hone their interpersonal skills in the form of social and cultural intelligence.

Social intelligence helps them to be better team players, listeners, and persuaders who know when to make compromises in moments of discord and differences in opinion while cultural intelligence helps them to expertly interpret and tactfully navigate the differences in caste, color, creed, cuisine, culture, custom, and costume that’s part and parcel of such a diverse talent pool.

This unique ability to decipher cultural values and variances is also what gives them their edge in tailoring culture-specific and culture-complementing services for their customers in a manner that’s deceptively hard for others to objectively replicate.

They embrace those who disagree with them.

Having a culture that welcomes diversity of thought and novel ways of doing things has an inherent downside to it: It rouses emotions and kicks ones’ empathetic nervous system into overdrive.

What happens next is that it makes going on the offensive the only logical — and deeply biological — response to ease the qualms that follow.

However, such teams understand that — with proper and clearly defined mechanisms to constructively manage conflicts — it is a risk worth taking because it helps them to guard against the collective hypnosis that is groupthink.

They also understand that encouraging authentic, productive dissent and empowering others to express their viewpoints and cultivating a culture where it is embraced wholeheartedly is the progenitor to radical as well as original ideas.

Such an understanding that no matter how often or how fiercely they disagree with one another, that at the end of the day they are trying to achieve the same thing is crucial.

On the one hand, it is what gives them the permission to come back the next day and be as passionate about the services and the deliverables as they were the day before.

At the same time, it is also what gives them the assurance that no matter their differences in how to serve their clients better, it will not destroy their relationships in the process.

They know why they do what they do — and know it well.

Simon Sinek, the author of Start With Why, explains it best: “People don’t buy what you do; they buy why you do it.”

And it is precisely what the best teams out there understand on a visceral level: That there’s a world of difference between teams who know what they do and those that not only know what they do but also, why they are doing it.

It is this deep-seated, genuine belief that they are in the business of creating memories and celebrating lives — and acting up on it on a daily basis — that makes all the difference and puts them in a league of their own than those whose only reason for being is to try and sell some room nights simply because that makes for a healthy bottom line.

In their misapprehension, they focus on all the wrong things while those who are cognizant of it focuses on benefits (sumptuous meals served by gracious and passionate hosts) instead of features (meals served with designer cutleries and silverwares.)

This alignment of what they do and why they are doing it also offers a unique side benefit: It emboldens them to play instead of work.

As a result, such teams register the highest degrees of joy and fulfilment in and out of work, are more productive, and display more mental resilience to discomfort, stress, and anxiety which can easily cripple the others.

They obsess over ways to blow away their customer.

In an industry where the services provided are intrinsically homogeneous, how do you differentiate yourself from the others? For those teams that deliver results and delights customers, the answer is quite simple.

They differentiate themselves by continuously raising the bar in terms of the product offerings and the attendant service components in a manner that radically enhances the customer experience journey.

And because they know that the only way to gain that edge is to offer an experience that eclipse what they have done so far and what their competitors are doing now, they keep upping the ante of — and in a sense, redefine — what it’s like to receive a truly next-level service.

But at the heart of their professionalism and the polish and the finesse lies something else altogether: The recognition and understanding that their colleagues are customers, too.

This is what compels them to “be there” for each other and help each other by going beyond the trappings of their roles and job descriptions.

But they don’t stop there.

As much as they try to “be there” for each other, they also try to improve cohesion between each other.

And to do that, they adopt a common service language and outline their pillars of service and immerse everyone in it.

This is how they sing the same song and dance the same dance with each other and between departments while others are embroiled in dysfunction and infighting and overt rivalry between one another.

They are self-motivated, lifelong learners.

The tourism landscape is constantly changing.

All these trends are bringing about a reckoning in the knowledge and skillsets that are expected of us — a reckoning that requires us to upskill and reskill ourselves to meet the shifting demands.

For some, this can be a little intimidating, if not undignified. But for the best teams out there, this is always a given and come as no surprise.

For them, the need for learning and development is not contingent upon the emergence of a crisis that threatens to uproot the lives and livelihoods of themselves and everyone they know: It is a continuous, lifelong journey made manifest by an ardent belief that in the race for excellence, there is no finish line.

This makes them more marketable, more innovative, and ever so nimbler to meet the shifting demands while those who treat the need for learning and development as an afterthought gradually lose their competence and fade into irrelevance.

The dynamics and diversity found in the make-up of any team in the hospitality industry is in and of itself a sight to behold. It is also why it’s so hard to sculpt out of them a perfect team that is in attunement with one another and the customers they serve.

And yet, armed with a clear why and a growth mindset, creating a team that is socially, emotionally, and culturally intelligent is well within reach if they could but embrace those who disagree with them, realize that good enough never is, and commit to a journey of lifelong learning and development.

This is the secret behind the teams that are crushing it out there.

Thanks for reading. If you have enjoyed this piece or any other, please consider helping me to keep this site going on a free-for-all basis with a one-time or a recurring donation. Every little helps.

SOMETHING TO THINK ABOUT

If you must expend your energy contributing to the conversation the human race is having right now, use it to spread positivity and to call for solidarity. There’s enough divide and negativity in the world as it is but a little positivity goes a long way.

It’s okay to feel a bit at sea: To feel like that you are lost, adrift, disorientated.

Can I hack my mind to overcome a seemingly insurmountable goal? Can I visualize success and will it into existence?

PrevSo, You Call Yourself a Writer
You are a mash-up of everything that’s happening to you.Next

Tomorrow Can Be a Good Day 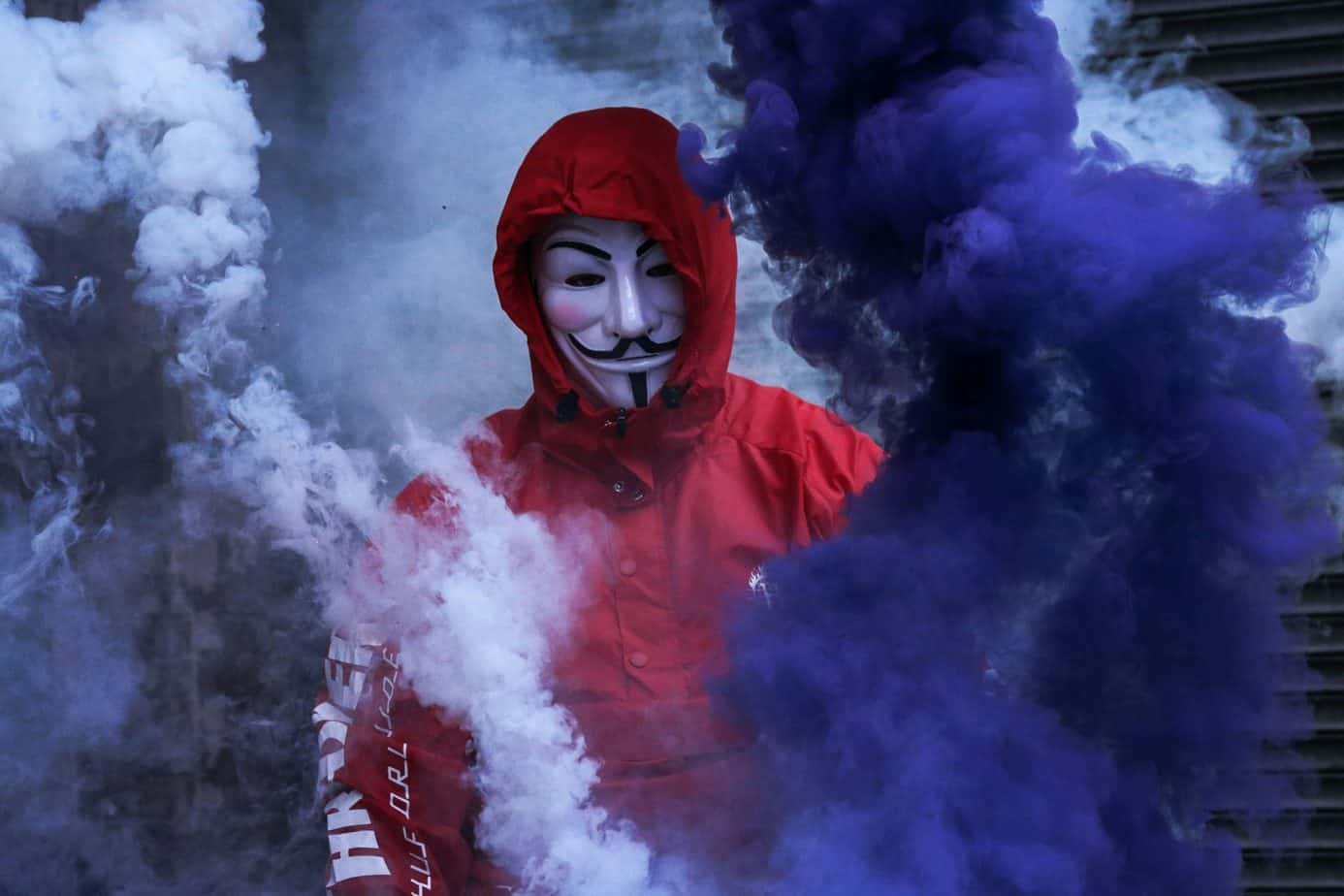 Let’s Talk About Our Egos’ 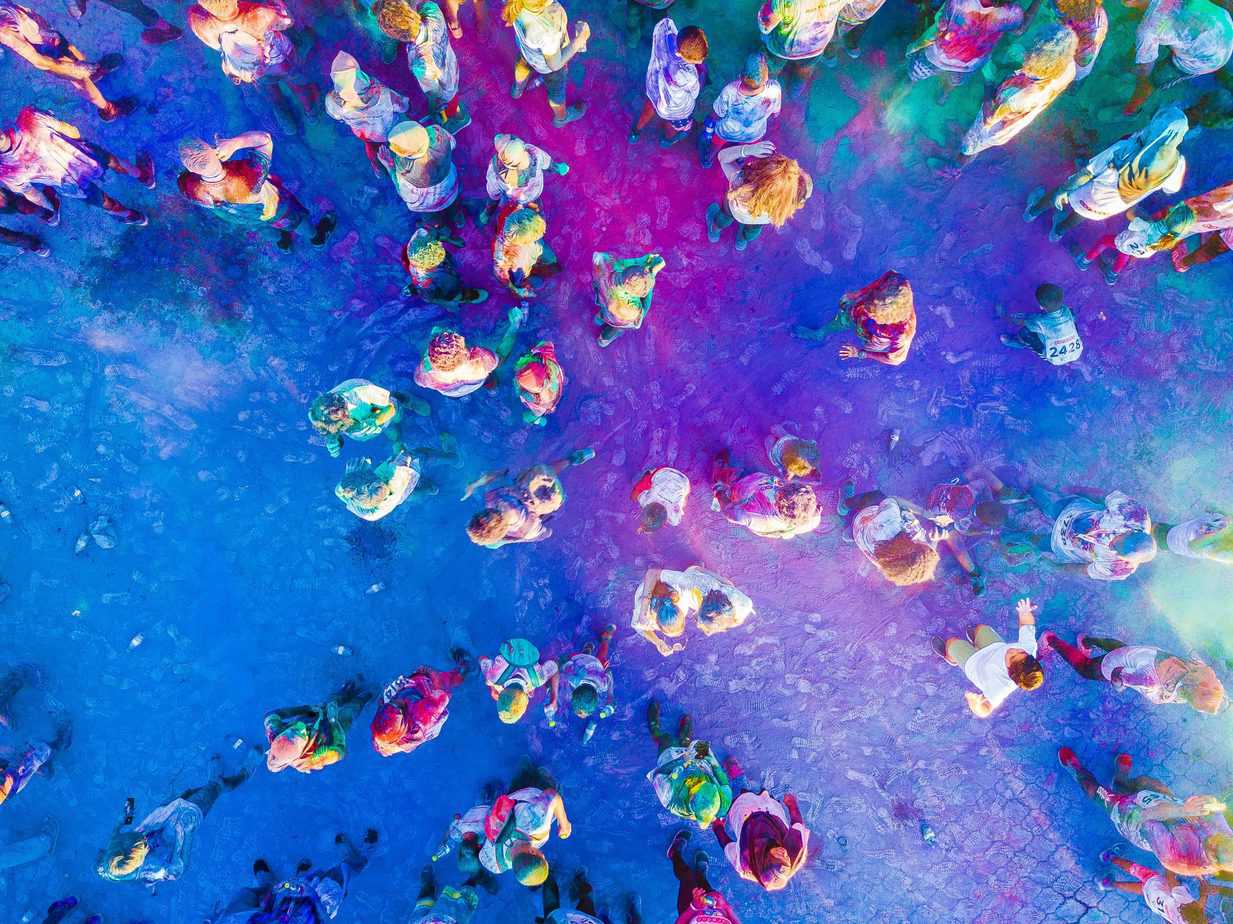 This Pandemic Has Taken a Toll on My Motivation to Run